The eagerly anticipated sequel to last week’s smash hit ‘Tutorial 1™’ has arrived! ‘Tutorial 2™’ is a space combat game featuring high-octane cosmic battles, where a lone ship – lost amongst the stars – must hold its own against a never-ending stream of devastating asteroids. It’s the game that critics have described as “functional”, “working” and “playable”, and you can check it out yourself here.

(It’s worth noting that Google has just removed support for the Unity Web Player – so open the link below in Firefox if you fancy checking it out.) 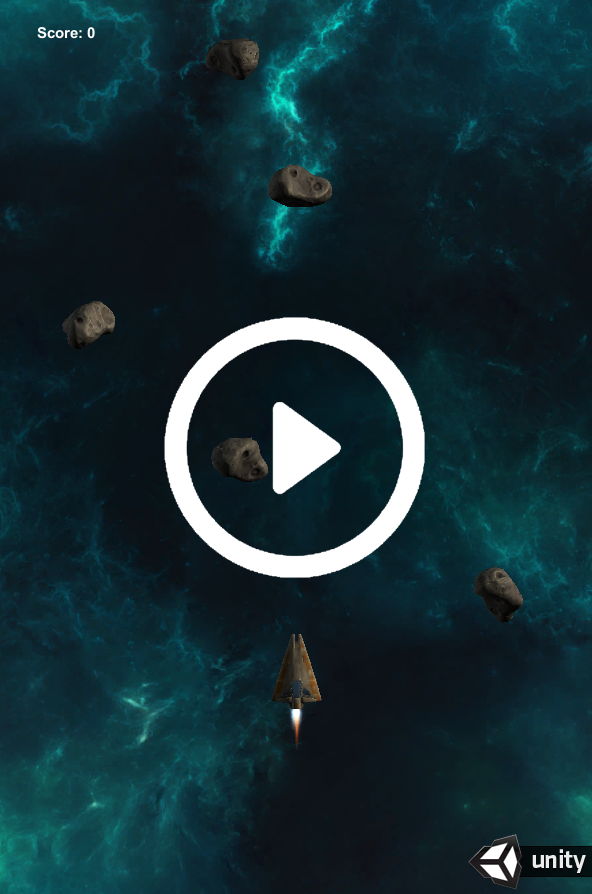 The second Unity tutorial was a considerable step up from the first, and a portion of the C# is going over my head, if I’m honest. That said, I feel I’ve got a decent grasp on a lot of the returning elements from Tutorial 1 – the general shape and syntax of the language, how to call functions etc – and generally feel quite comfortable with the UI of Unity itself now. Tutorial 2 taught me how to import assets and VFX, apply audio to Game Objects and create and break loops – meaning Tutorial 2 actually has a Game Over screen (and option to Restart!).

Hopefully I’ll read back over this post when I’m more accomplished in the program and laugh at how excited and proud I was at the simplest of tasks. Until then, onto Tutorial 3!