Swearing is brilliant. Inventive, well-timed use of a nice rude word or needlessly explicit term adds a certain something to an exchange that really brings it to life. It gives a scene intensity, or a comical edge – or simply makes a character sound cool. And swearing, as we all know, is a very cool thing to do.

All too often swear words and insults aren’t given the care and attention they deserve, however, especially when it comes video game dialogue. ‘Fucks’ and ‘shits’ are jammed into scripts willy-nilly to sound edgy or adult, and end up being the exact opposite. They sound childish – often cringe-worthy, in fact. Like when you hear a young relative dropping an f-bomb in front of you for the first time, trying to slip it in there casually, like it was no big thing, but you end up feeling awkward about it and they end up feeling awkward about it and you’re not quite sure whether you should politely tell them off or not.

There are some great exceptions to the rule, of course.

I’m playing DmC at the moment, and it absolutely nails things in the rude word and insult departments.

Generally speaking, you need a character who can pull off a foul mouth, and new-Dante ticks this box; he’s just the right ratio of cool-to-cocky. When he’s slinging one-liners punctuated with profanity, it works. It’s casual. It doesn’t sound out of place. Swearing is natural for Dante; it rolls off his tongue.

In the case of DmC, swearing serves a dual purpose. Firstly – and this is the bit many games fail at, for my money – the use of profanity in DmC makes a scene cool; it compliments the over-the-top action often playing out underneath the dialogue. The combinations of naughty words in DmC work well, and are always timed just right. You find yourself getting behind the insult, wanting to shout it at somebody yourself. You make a mental note: “must call somebody an ‘ugly sack of shit’ next time they get on my nerves”.

Secondly, it defines the relationship between Dante and his enemies. You really feel that hatred between the worlds of demons and humans. The exchanges between Dante and the various demons of Limbo set the tone for the world and game as a whole, too. Dante’s swearing compliments his general nonchalance and utter lack of interest in his well-being; he doesn’t care if he pisses off a 1200 year old Succubus demon because he’s that confident in his own abilities in combat.

Many games rely on inventive use of swearing to define the overall tone of the experience, in fact. Bulletstorm did this fantastically. The script was chocka-block with delightful blends of rude words that conjuured all manner of explicit imagery whilst playing. It was inventive, and it was laugh-out-loud funny. It was silly and crass too, yes, but it played with profanity in a brilliant way. Bulletstorm used over the top swearing to back up its over the top gameplay. They went hand-in-hand. Other games used this to similar effect, in fact – like the wonderful Shadow of the Damned, for example. 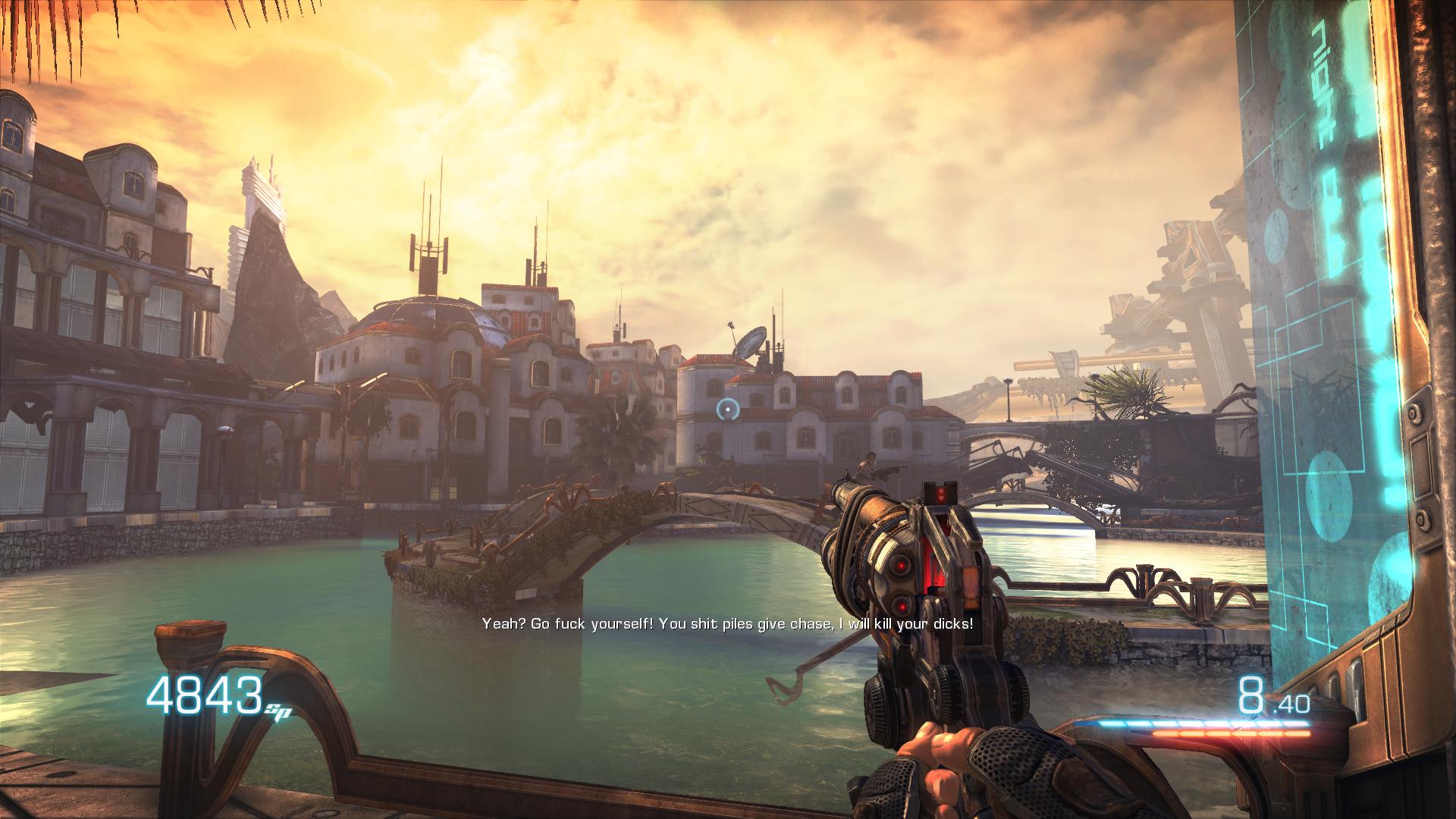 So yeah, swearing is a double-edged sword, and only those confident and skilful enough to wield it should do so. Otherwise you’ll end up doing what many writers have done, and end up cutting yourself with the blade, bleeding embarrassingly all over the carpet.